The Floow Appointed To Help ‘Drive Down' UK Air Pollution 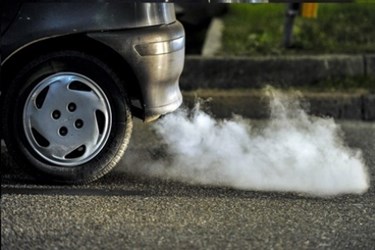 Telematics experts partner with The University of Sheffield and the European Space Agency in pollution initiative.

Yorkshire based telematics organisation The Floow have been appointed by the University of Sheffield in coordination with the European Space Agency to provide insight into air pollution in South Yorkshire.

Prompted by the Sheffield City Council’s Action Plan 2015 interpreted DEFRA evidence – which highlighted up to 500 deaths a year in Sheffield alone are caused by contaminated air - project ‘Crowd4sat’ is now underway, investigating traffic pollution in the region.

With air contamination costing Sheffield authorities  £160m per annum, the European Space Agency (ESA), Sheffield based business The Floow and the University of Sheffield (UoS) have come together to provide actionable insight into the effect of car emissions on the air we breathe.

The project announcement comes just weeks after the Government was ordered by the UK’s Supreme Court to take immediate action on air pollution to keep to its obligation under European law on pollution limits.

The research project will run into the beginning of 2016, with data collated by The Floow to produce insight for the European Space Agency (ESA) to build a hub of data for future use in effecting change in the strategy to understand and tackle pollution.

Sam Chapman, Innovation Leader and Co-Founder of The Floow, is directing the pollution investigation. He said: “This is a fascinating test project that will provide actionable insight into the pollution that is generated in our region, as a result of vehicle use and driver behaviour.

“We know that the majority of harmful air pollution is as a result of transport, and so by capturing the data we will be in a position to establishing exactly where emissions are produced using key factors such as vehicle acceleration, stationary periods and stop times.

“Currently in Sheffield air pollution is measured through only a limited number of good air quality sensors, each costing the taxpayer tens of thousands of pounds and only providing a limited picture of pollution.

“Telematics is accurate and can analyse the specific variables needed to look at air pollution emissions. It is more cost effective and doesn’t need to be monitored in the way that the sensors do.”

"The air pollution study led by The Floow is an excellent example of this. Satellite derived estimates of air pollution only tell part of the story of the quality of the air we breathe at ground-level. By combining ESA's high-quality satellite information with The Floow's dynamic, fine-grain traffic information a much more complete picture of local air pollution can be obtained. This, in turn, provides valuable insights for local traffic management to address air pollution."

Sheffield is already trying to change drivers habits, with their current campaign ‘Air Aware Sheffield’ around the city for greener driving strategies including signs stating ‘drive low emission’ and ‘be air aware’ provide awareness and further encourage drivers to be greener.

Furthermore, a partnership between the four councils in South Yorkshire and South Yorkshire Passenger Transport Executive called Immotion! is working until 2016 to encourage businesses to sign up for the free scheme to learn simple tricks and tips to reduce the amount of emissions their car puts out.

Through the comprehensive data analytics delivered by The Floow using telematics technology the ESA will make recommendations to the government and authorities on traffic management.