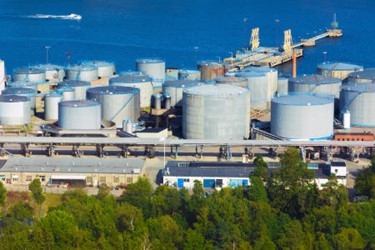 Following years of warnings from drinking water treatment institutions and source water quality advocates, it appears that the federal government is cracking down on potential per- and polyfluoroalkyl substances (PFAS) contamination.

Earlier this month, members of the U.S. House Oversight and Reform Committee interviewed representatives from 3M, Dupont, and Chemours about their roles in manufacturing the chemicals and a perceived failure to do more to keep them out of source water and eventually drinking water.

“You have played a part in this national emergency,” Representative Debbie Wasserman-Schultz of Florida told the representatives, per The Hill. “You have sickened our first responders and members of the military, and I don’t know how you sleep at night.”

PFAS and their variants have been used for years in products like nonstick pans and firefighting foam. They have been linked to cancer and other health issues and have been nicknamed “forever” chemicals due to their pervasiveness. Local regulators have long been pressing the U.S. EPA to do more to outlaw the presence of PFAS in water supplies for some time and the recent congressional hearing seems to be a step toward more federal oversight.

“Lawmakers have been working on a package of bills to address the substance, which has spread into water in at least 49 states, but there has been hesitance on both sides of the aisle about how broadly to regulate the substance,” according to The Hill. “The companies did, however, show support for two proposals currently being debated in Congress, including regulating two of the more than 5,000 types of PFAS and updating the Superfund law to allow federal funds to help clean up sites contaminated by PFAS.”

For their part, however, the manufacturers have not accepted full responsibility as the root cause of the contamination, despite evidence suggesting they might have known about the harm it could cause.

“Denise Rutherford, senior vice-president of corporate affairs for 3M, argued the chemicals pose no human health threats at current levels and have no victims, conflicting with a large body of research and 3M’s own internal documents,” according to The Guardian. “The company’s records — made public in lawsuits in West Virginia and Minnesota — underscore decades-long knowledge of the risk associated with the chemicals and an effort to avoid disclosing those dangers to the public.”