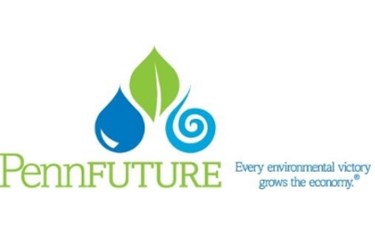 Harrisburg, PA /PRNewswire-USNewswire/ - A broad coalition, which includes environmental, parent, and faith groups, today applauded Gov. Tom Wolf for his proposal on rules to cut methane pollution from oil and gas operations in Pennsylvania. The governor's action will pave the way for strong rules that address both new and existing sources of pollution, including the many thousands of gas wells in the state.

"This announcement is welcome news for Pennsylvanians forced to co-exist with an industry playing by its own rules no matter how damaging to people and the planet," said Larry Schweiger, president and CEO of PennFuture. "Gov. Wolf's bold leadership takes an important and much needed step toward protecting the health of Pennsylvania citizens from drillers' harmful methane pollution. This industry is recklessly wasting natural resources and appears to care little about the health of its neighbors or the rapidly warming planet resulting from emissions of this potent greenhouse gas."

Methane (CH4) is the primary component of natural gas and, alongside other toxic co-pollutants, leads to the formation of ground-level ozone (smog) that contributes to increasing incidence of asthma attacks in children as well as pulmonary and heart disease in seniors and the disadvantaged.

"Our children deserve clean air to breathe and the prospect of a healthy future, and Gov. Wolf's action today will help ensure that," said Gretchen Dahlkemper, national field manager for Moms Clean Air Force. "Clean air is a right guaranteed by the Pennsylvaniaconstitution and yet our leaders to date have catered to polluters at the expense of our kids. Gov. Wolf has turned the page, and parents across the state are grateful."

"A moral society needs to care for its most vulnerable citizens and in acting today, Gov. Wolf has shown that he will do just that as he moves to protect Pennsylvania residents from unnecessary methane pollution," said Sister Mary Elizabeth Clark of the Sisters of Saint Joseph Earth Center in Chestnut Hill, Philadelphia, Pa. "Our fossil fuel industry has shown little regard for air, land and water. We support the governor's action to protect citizens from an industry that has not proven itself a good neighbor."

"Air quality is a chronic problem in Pennsylvania and not just in drilling regions such as southwestern Pennsylvania," noted Rachel Filippini, executive director of Group Against Smog and Pollution (GASP). "People across the state are paying the price for the oil and gas industry's air pollution. These rules are a significant step forward in reining in air pollution from this industry."

"Methane pollution from oil and gas operations – in both our water and air – has long been a concern for Pennsylvanians and yet, drillers have been given near carte blanche to pollute," said Steve Hvozdovich, Pennsylvania campaigns director for Clean Water Action. "Today's action by Gov. Wolf makes clear that our chief executive will set the terms by which this industry can operate inPennsylvania. As the second-largest natural gas producing state in the nation, we can afford nothing less."

PennFuture is a statewide public interest membership organization founded in 1998 with offices in Harrisburg, Pittsburgh, Philadelphiaand Wilkes-Barre. The organization's activities include litigating cases before regulatory bodies and in local, state, and federal courts; advocating and advancing legislative action on a state and federal level; public education; and assisting citizens in public advocacy.