Granular Activated Carbon Products For Treatment Of PFCs In Groundwater 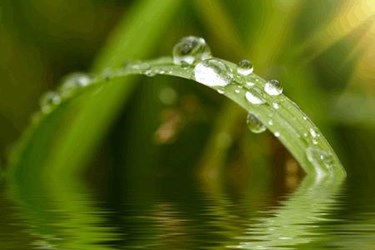 PFCs are a family of man-made compounds that are not naturally occurring in the environment. Perfluoroalkyls repel oil, grease, and water, and as a result were used as protective coatings in cookware, carpet, clothing, paper, and cardboard packaging, as well as in fire-fighting foams. They are very stable compounds that are resilient to breakdown in the environment. The most common perfluoroalkyl compounds are perfluorooctane sulfonic acid (PFOS) and perfluorooctanoic acid (PFOA).

Where are PFCs Found?

PFOS and PFOA compounds were produced in large quantities in the United States and have contaminated air, water, and soil at locations where they were produced or used. As a result, PFOA and PFOS are found in air and dust; surface and groundwater; and soil and sediment. The highest levels of PFOS and PFOA are typically at or near a facility that produced or used the compounds. Since they are found in air and dust, they appear in remote locations where flooding and groundwater migrate them through the soil.

The most common exposure to PFOS and PFOA is through ingestion with drinking water supplies being the primary route for exposure. Typically, populations near facilities where PFOS and PFOA was manufactured or used have the highest levels of these compounds in their drinking water. Health advisories by the EPA indicate that exposure to PFOS and PFOA over certain levels may result in adverse health effects, including developmental effects to fetuses during pregnancy or to breastfed infants (e.g., low birth weight, accelerated puberty, skeletal variations), cancer (e.g., testicular, kidney), liver effects (e.g., tissue damage), immune effects (e.g., antibody production and immunity), thyroid effects and other effects (e.g., cholesterol changes) (Agency, 2016). As a result the EPA has established a combined lifetime exposure of 70 parts per trillion for PFOS and PFOA.

Click here to learn more or connect with a product specialist